Cyber Security according to IT Governance “consists of technologies, processes and measures that are designed to protect systems, networks and data from cyber-crimes”. Over the last few years, the frequency and severity of cyber-attacks/breaches have exponentially risen. So much so, figures by the Business Continuity Institute (BCI) show that 53% of UK firms now consider a cyber-attack as the principal threat facing them. So, how are firms prioritising their cyber security investment this year?

According to insurance company Hiscox, the average estimated cost of cyber security incidents for different size firms in the UK is as follows:

The same report found the estimated cost of the largest cyber security incident for firms in each different size category to be: 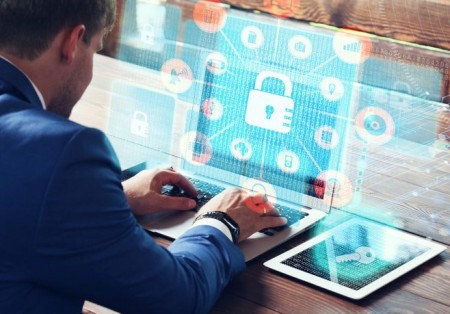 Which industries have the most cyber security investment?

Knowing that no firm with serious ambition to perform successfully and achieve favourable results wants to be in a position of having critical functions compromised, Savoy Stewart analysed findings from Gov.uk to see how much cyber security investment was made by looking at 811 UK firms in a range of sectors during the financial year of April 2017 to March 2018. 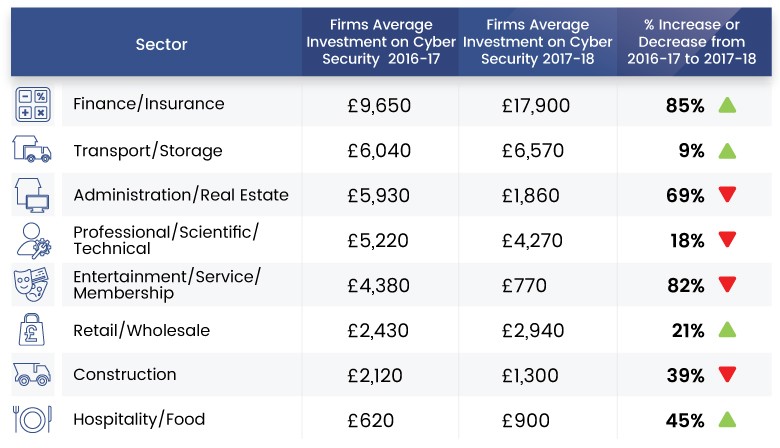 Savoy Stewart found that firms in finance and insurance invested the most on cyber security at a significant average of £17,900. A phenomenal 85% increase from the previous financial year (April 2017 – March 2017), when finance and insurance firms where spending an average of £9,650. Firms in the transport and storage sector had the second highest cyber security investment total at an average of £6,570, a small increase of 9% from the 2016-17 financial year (£6,040).

Firms in the professional, scientific and technical industry invested the third most out of the eight sectors on cyber security at an average of £4,270. Although this signified a 18% drop in cyber security investment when in contrast to the £5,220 sum from the financial year of 2016-17. 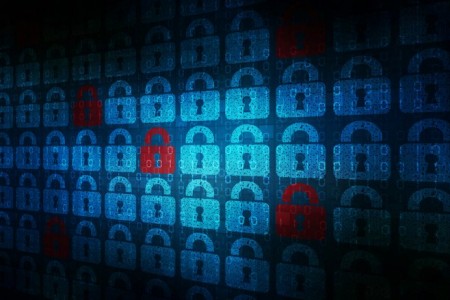 Contrastingly, firms in the entertainment, service and membership industry invested the least on cyber security at a mere average of £770. This marked the biggest decrease in cyber security investment from all the considered sectors – a 82% drop from the 2016-17 financial year - where entertainment, service and membership firms were splashing a heftier average of £4,380. Just above, firms in food and hospitality forked out slightly more on cyber security at an average of £900. Despite this, food and hospitality firms still managed to achieve the second highest increase (45%) in cyber security investment when compared to their average 2016-17 outlay of only £620.