This active department deals with the sales and lettings as well as acquisitions of office accommodation throughout Central London.

Whether you are looking to sell or rent out your commmercial property or if you are looking to acquire a new building , our agency department will be able to assist you. We provide advice on all aspects of lettings sales and property acquisition ranging from appraisals for marketing purposes to strategic advice to clients on the best place to establish their first office in London.

Our Clients range from large Public companies to small start-up organisations looking for their first office.

Most of the properties that we deal with are located within the Greater London area.

Our specialist F1/D1 department deals with properties that can be used for Medical, Educational or religious purposes We have bought, sold and rented many properties for occupiers of these buildings ranging from Large medical clinics to small GP surgeries, nursery schools to University campuses as well as churches, synagogues and mosques.

Through our team of established contacts we can also offer advice on how to obtain F1/D1 planning advice and the likelihood of success. Advice on the suitability of particular properties, especially medical properties that require specialist knowledge on suitability for operating theatres and disabled access. 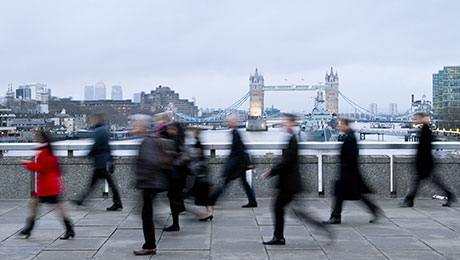 Let us find the perfect space for you. Enquire now

Millions of people around the world depend on TomTom. Best known for being a global leader in navigation and mapping products, TomTom also creates GPS sports watches, as well as state-of-the-art fleet management solutions and industry-leading location-based products.

TomTom has grown from a Dutch based start-up company into a multi-national, global brand. The original founders remain committed to the business and together with the 4,000 employees are focused on the helping people achieve their goals.

Tom Tom software were located in a small office on Euston Road.

Their brief for a new office was that it had to offer something that was appropriate for a corporate head quarters and be within walking distance from Euston Station.

Using our extensive market knowledge, we contacted the landlords of all of the properties in the vicinity to ascertain what they had available.

A number of properties were identified, inspected and considered including a floor in the old Capital Radio Tower on Euston Road.

The property was acquired without ever coming to the open market as the landlords were keen to have Tom Tom as thier tenants.

The floor that was taken was the 20th floor and comprised just over 10,000 sq ft

Nigel Frank International first used us in 2012 to assist them in finding a new London office, following rapid expansion, they approached us again in 2014 to find some short term overflow space. Having scoured the City of London market for suitable accommodation, nothing of the right standard was available and it was decided that a longer term solution was needed following an extensive search and detailed negotiations, a space was found at Centennium House Lower Thames Street where the landlord was prepared to agree to a 21 month rent free period saving the client £500,000 in rent over the period of the lease.

With a turnover of more than Euro 3,5 billion in 2013 NOVOMATIC Group of Companies is one of the largest integrated conglomerates of the international gaming industry. Founded in 1980 the group comprises affiliated companies in 45 countries and exports high-tech gaming equipment to more than 80 countries and operates over 230,000 gaming machines. NOVOMATIC employs about 20,000 staff worldwide.

With their UK HQ in Cardiff and following a corporate acquisition, the company decided that they wanted to purchase a property in London to house staff who were based across the UK.

Transport and ease of access to the Motorway network and airport was important to the client who has people travelling into London from all over the world.

Locations such as Hammersmith and Chiswick were considered as well as various Central and Outer London locations. A property was found in Brentford Middx which offered easy access to the M4 and airport.

The property was acquired at a cost per square foot that is 50% cheaper than equivalent space in Hammersmith/ Chiswick and is half way between their and Heathrow Airport.

Davide Campari-Milano S.p.A., together with its affiliates ('Gruppo Campari'), is a major player in the global beverage sector, Headquartered in Italy, the Group employs over 4,000 people trading in over 190 nations around the world with leading positions in Europe and the Americas.

The Group is the sixth-largest player worldwide in the premium spirits industry and owns Internationally-renowned brands include Aperol, Appleton, Campari, Cinzano, SKYY Vodka and Wild Turkey.

Following on from the acquisition of a distillery in Scotland together with a distributor of premium spirits in the UK, Gruppo Campari approached Savoy Stewart for assistance in opening a UK office that would make a statement for the brand.

Various factors had to be considered such as the location of the current staff, travel distances to the airports and the relocation of senior staff to the UK from other European countries.

Various options and locations were considered and the search included the collation of data on European flight patterns and aviation delays on flights into UK airports for the travelling sales force who were often flying to Eastern Europe and Scandinavia.

The conclusion of the report was the best airport would be London Gatwick.

With existing staff located in Southwark, the decision was made to try and find a small unit in the Shard. Various options were considered and terms were agreed to take the 2nd highest office floor available (27th floor).

Our hybrid model of housebuilding and construction businesses, reinforced by our vast experience and unmatched competencies in regeneration, facilities management and PPP investments enables us to undertake the most complex of projects.

With their headquarters in Uxbridge, the client wanted to have a small central London base to be used as a hot desking area and somewhere for senior staff to be able to visit.

The space had to offer something unique and prestigious that was appropriate as a London headquarters and sales office for the company that was accessible for staff travelling from Uxbridge.

Headquartered in London, with offices across the UK, US, India and Australia, Progressive Digital Media serves a global customer base with the highest quality and most progressive solutions.

Having sold his previous company, the founder of PDM wanted to buy a Central London property to start a new business. Savoy Stewart were instructed to find a property of 20,000 sq ft with a budget around £10m.

The search commenced around the time of the last financial crash and having searched the market for a suitable property we agreed for the client to buy a building that was almost twice the size that they were looking for at 35,000 which was purchased for under £10m.

The Centre for Reproductive & Genetic Health

The Centre for Reproductive and Genetic Health is a well established unit within a major London teaching hospital with a friendly and experienced team who pride themselves on their warm but professional approach. Their Our success rates are consistently high and we employ the latest techniques and have the most up-to-date equipment The aim of CRGH is not only to help you achieve your goal of bringing a child into the world, but to make your journey as comfortable and easy as possible.

CRGH needed to relocate their clinic from a wing of an old hospital to a new purpose built property in the heart of the West End.

Following a number of abortive transactions, Savoy Stewart were appointed to assist the company with their relocation.

A number of properties were inspected and feasibility studies carried out to assess the viability of individual properties and the likelihood of being able to relocate the clinic to these buildings.

After 9 months of searching the perfect building was identified opposite the Portland Hospital and following 3 months of negotiations with the vendor and numerous problems with the local authority in respect to obtaining planning permission the freehold was purchased. 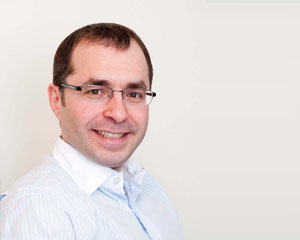