In 2017, there was a 37% increase in new build hotels in the UK, which led to 2.4% growth in total UK hotel supply. So, what does this mean for the future hotel supply for the next three years?

New build hotel growth has continued its upward trajectory in 2018 and Knight Frank, in their report UK Hotel Development Opportunities 2018, have forecast the UK future hotel market will grow by 3.3% this year, surpassing 2017 and equating to over 21,000 new hotel rooms. In fact, in the first six months of 2018, 5,200 new hotel rooms opened and a further 15,000 hotel rooms have been in the pipeline ever since.

This is encouraging news for commercial property specialists because it is a sign the regeneration, transformation and reshaping of several UK cities, largely through joint public/private initiatives and institutional investment, is proving successful. Not to mention the devalued pound which is attracting a surge of tourists to the UK, and forecasters have continued to signify that the hotel industry is remaining strong. This change is creating opportunity for property investment and targeted hotel development in key UK cities is a prime example.

Encouraged to find out more, Savoy Stewart delved deeper into Knight Frank’s Hotel Development Opportunities report, to highlight the figures and facts which present a clear picture of what the future hotel supply will look like in the next three years (2018 to 2021). 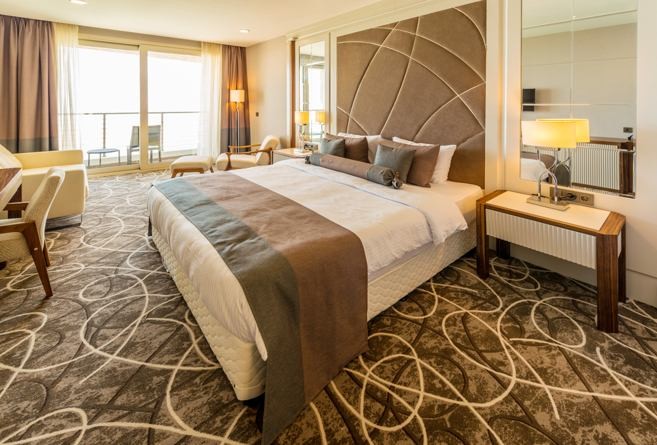 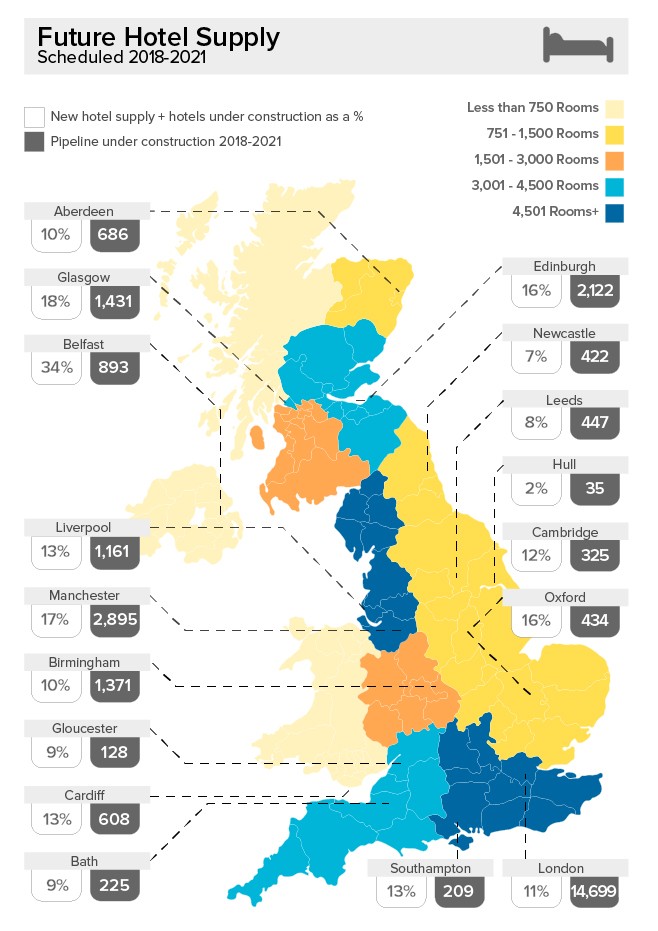 Unsurprisingly, London holds the highest number of new rooms in the pipeline/under construction (2018-2021) – at 14,699. Overall, the capital accounts for 40% of the development pipeline of hotels under construction in the UK.

Placing London to one side, Manchester is next in line. A major city in the northwest of England, Manchester can expect 2,895 new rooms, which are currently in the pipeline, followed closely by Edinburgh with 2,122.

Other notable cities include Glasgow (1,431), Birmingham (1,371) and Liverpool (1,161), with considerable numbers of new rooms in the pipeline over the next few years.

Nevertheless, Knight Frank’s report concludes the “strong and robust regional UK trading performance over the past few years, brought about by a diverse mix of both business and leisure demand and unprecedented growth in visitor numbers to certain UK cities, has resulted in a growing number of regional UK cities becoming a destination of choice for developers of commercial property and investors alike.”