With the elderly expected to live longer, many will contemplate their medium to long-term living situation. A primary option would be to stay put in the property they have called ‘home’ for decades. However, this may not always prove to be a sensible idea, as old age or a mental/physical health issue could limit them from effectively managing their property. Subsequently, a more suitable avenue to explore could be a specialist retirement living home.

Specialist retirement housing ranges from a self-contained flat, bungalow or house – each purpose built with older people in mind. 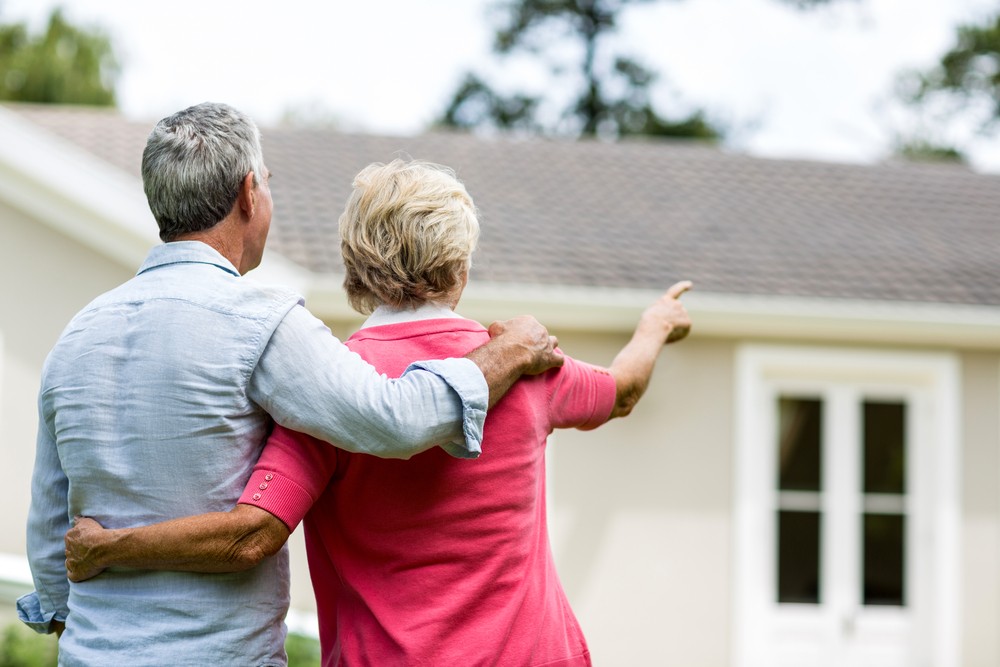 Our Research on Retirement Living Units

Interested in retirement living, Savoy Stewart, analysed findings from Knight Frank to discover the total number of new private retirement living units which are due to be completed by 2020.

Moreover, the commercial property agents also sought to find out the features and facilities the older generations would be most willing to pay a premium for when considering a retirement property.

Savoy Stewart found that by 2020, the South East will benefit from the highest number of new private retirement living units at 2,733. 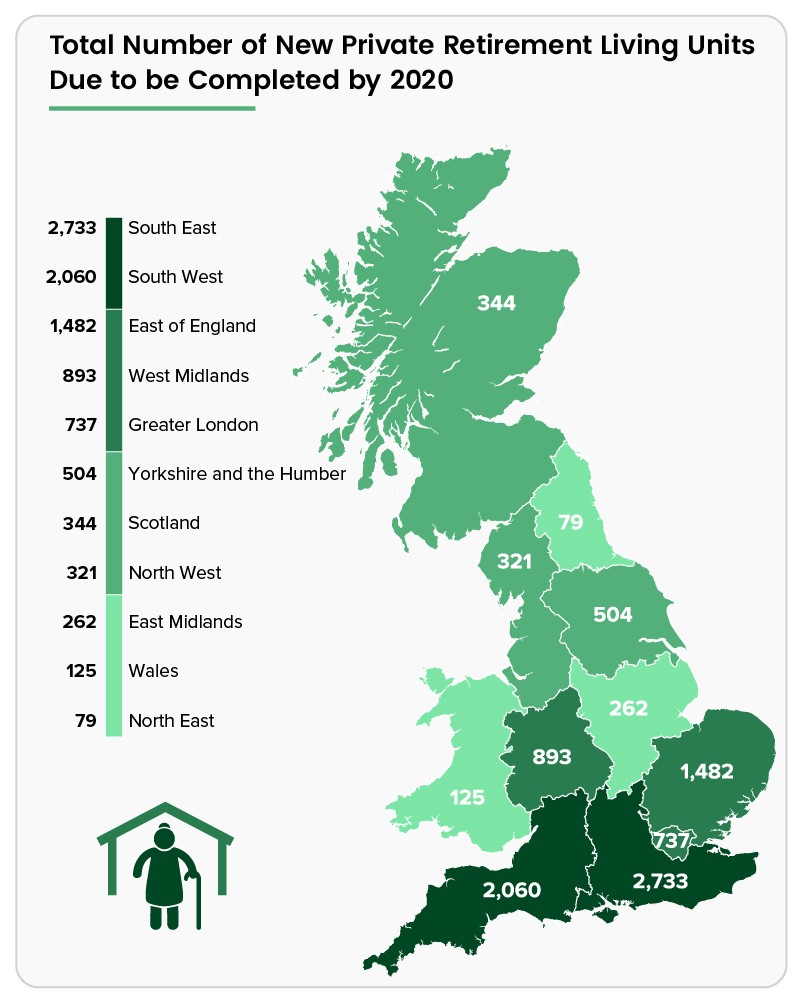 Savoy Stewart interestingly discovered that a ‘dedicated secure parking space’ is the feature/facility singles (25%) and couples aged 50-64 (31%) as well as those 65 and over (24%) would be most willing to pay a premium for when seeking a retirement living property. Though it should be noted, couples aged 50-64 (31%) would equally opt for a ‘en-suite bathroom in each bedroom’ when deciding upon a retirement living property. 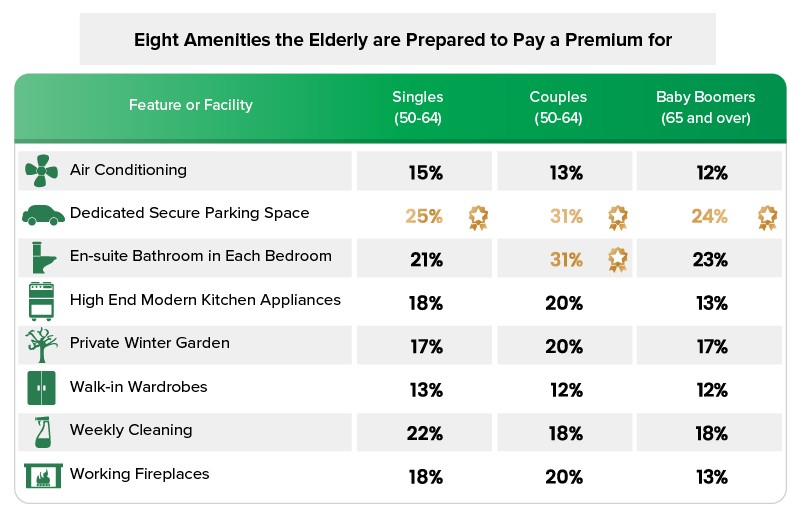 Most and Fewest Retirement Living Units

Per the same report, Milton Keynes is the local authority, which is most in need of fresh retirement housing units by 2039, with an anticipated 2,768 required.